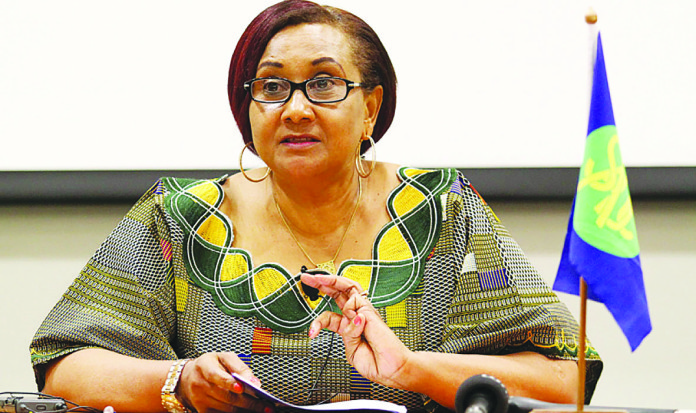 Maseru – The Lesotho government has assured the Southern African Development Community (SADC) of its commitment in implementing recommendations made by SADC Commission of Inquiry which was led by Justice Mphaphi Phumaphi.

SADC Executive Secretary, Dr Stergomena Lawrence Tax, informed the media at the Moshoeshoe I airport in Maseru on Wednesday this week, after her discussion with Lesotho Prime Minister Pakalitha Mosisili.

Asked on whether there is any progress so far, Tax said there is notable progress and commitment by Lesotho government in implementing some of the recommendations.

Although she could not explain whether the recommendations are binding to Lesotho, Tax noted that the country is bound by SADC Treaties it has signed, adding that there is still an issue of the Constitution which has to be taken into consideration.

Among other things discussed with Prime Minister Mosisili is to have activities’ report within the month of April.

There would then be a summit scheduled for August at which the Lesotho government is expected to report back so that it is informed on a time frame for those recommendations which will be remaining, she said.